Spanish food is all about sharing and grazing. In this demonstration class participants are going to learn how to prepare traditional Spanish dishes beloved in this cuisine.

- All participants receive a storewide 10% discount on the day of the class with exceptions on already reduced prices and electrical items, in-store items only.
- All classes are non-refundable, although you can send a friend in your place!
- Unless noted, participants must be at least 19 years of age to attend/participate in our classes.
- Allergies: we cannot guarantee that foods will be allergen-free, but you are welcome to come to class to learn, get recipes and tips. Tasting is of course your choice and is at your own risk. If you have any questions, please contact us at: service@gourmetwarehouse.ca

Deniz’s love of food started in the Mediterranean where he grew up in a foodie obsessed family. It wasn’t until way later in life he started his professional cooking career. Around 2003 he began working in small establishments in East Vancouver after immigrating to Canada. After few years in the field, he attended VCC Culinary Arts and completed the program. During his school years he worked at Ouisi Bistro which specialized in Cajun and Creole Cuisine as a Chef de Partie.

After completing culinary school he got a job at the four diamond Diva at the Metropolitan Hotel. From there, he started at the Chambar Restaurant/Medina Cafe, one of the flagship restaurants that started the food movement in Vancouver. Two years later he joined The Dirty Apron Cooking School and Deli as Chef and Culinary Instructor to share his love of cooking.

Chef Deniz also opened Cadeaux Bakery as a Pastry Chef with Eleanor Chow after mastering his dough, cake and general pastry skills. Then came back to Cafe Medina as the Executive Chef and led the team in the one of the most successful years of the restaurant.

Chef Deniz also masters the private caterings market in large volumes. He has hosted guests like Jerry Seinfeld, Owen Wilson, Luke Wilson, Juliette Lewis, Canuck players and many many more. He did a couple short stints around city’s fine restaurants, then he headed to Galiano Island to Bodega Ridge as the Executive Chef.

Currently he works part time as a culinary instructor at The Dirty Apron Cooking School, as well as a private restaurant consultant.

ALWAYS BE THE FIRST TO HEAR ABOUT WHAT IS HAPPENING ONLINE AND IN-STORE. 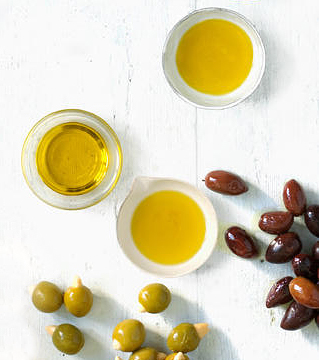